Finals for learning, not grading 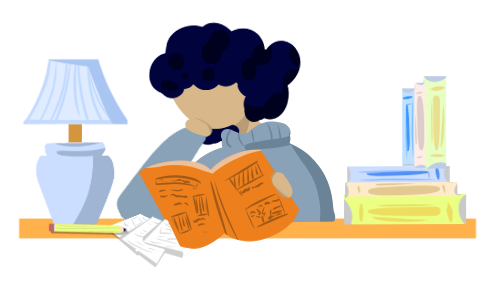 East students haven’t taken official finals since December 2019. That means there are only two groups of students left at East that have taken any finals in their high school career: Juniors have taken one semester and Seniors have taken three semesters. The large gap since the last finals administration leads to many questions regarding how finals should look this winter. Should finals be administered at all? Should finals be mandatory? Should finals impact your grade? How do finals help me become a better student?

Questions like these float in my mind and here’s my proposed solution: finals should be mandatory for all students in classes that deem it necessary. Finals should not impact a student’s grade, unless the student’s grade could benefit from a strong performance on the final (in which the student should work with the teacher to come to an agreement on how the final can help their grade). Whether this philosophy works or not, why not give it a try now?

The first step in this proposal is that finals should be mandatory. What a final consists of is up for debate, but all students should be required to attend the finals period for each period they have a class during. Whether it be a multiple choice test, free response questions, or a project, having some form of graded activity to culminate that semester of the class. Different classes could benefit from a different final format based on the content. Some classes, like FACS or art classes, would benefit from a final project. On the other hand, math and science classes tend to be better suited for a multiple choice or free response test. The level of difficulty of the class also plays a role, with standard classes possibly benefitting from doing a fun project over a few class periods while AP classes (at least in the winter finals administration) would benefit from a practice AP test.

The next step is that finals should not impact a student’s grade unless they need the extra boost. Recalling an entire semester (or in the spring an entire year) of concepts for six to eight classes all within three days seems unrealistic. AP classes may be an exception to the recollection of knowledge, as the College Board’s outlook on representation of knowledge is much different than the application of knowledge in the real world. AP classes would benefit from taking an AP practice test to prepare for the real test in early May because many students will not provide themselves with that experience on their own. These practice tests should be primarily made for practice and not to impact a student’s grade. If a student truly just tries their best and receives a score that might help them realize where they are now and what they have already learned for the AP exam, they will be prepared for the next semester and have a better understanding of the material they need to learn.

In the real world, odds are most people do not have to take biannual multiple choice tests and pass in order to stay in their position. I will likely not have to show my boss my grade at work like high school students have to show colleges their grades. Students should be learning and retaining this information throughout the semester, but that’s what regular tests are for. Being able to recall information and apply it to test questions is generally unnecessary in life.

Here’s the next idea: being able to apply the information you learned over the semester onto a project might have more real life applications than simply memorizing and answering simple multiple choice questions about the powerhouse of a cell. By using projects instead of multiple choice tests, students will have access to many of the same resources they would have access to in the real world and they would be able to use their knowledge and their resources to create something that will most likely better represent their learning over the course of a semester.

Students should be able to apply their final score to their grade only if it will benefit their grade. Now here’s the tricky part: if a student goes into the final having a good grade, they might choose to completely throw away the final and answer “C” for every question. If we as a society placed more value on gaining knowledge in school rather than having a “good” grade for colleges to see, we might find less people throwing away scores on tests that don’t count. In some subjects or topics, a student’s performance on a simple multiple choice test is the best indication of what they have learned from a course. Finals having a small weight might be important for those who choose not to try their best, but doing terrible on a final for whatever reason should not change a letter grade. Finals are one test, one day, one instance, and they should not be representative of an entire semester of learning.