With many of the presidential primaries finished, and democratic hopeful Bernie Sanders dropping out, voters will most likely have these two to choose from 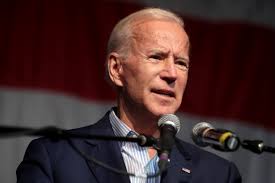 Former Vice President Joe Biden will most likely be running against the incumbent Donald Trump, since the rest of the democratic candidates have dropped out.

This upcoming November, Americans will most likely face an intense and pivotal presidential election between Democratic candidate and former Vice President Joe Biden and and the current president, Republican Donald Trump. In these unprecedented times, many voters will see that it is important to be educated on the positions of the upcoming presidential candidates and their views on American policies.

Here is a brief overview of some of their platforms so far.

The incumbent president, Donald Trump, has strong views on many political topics, especially immigration, the economy, and healthcare. Other topics that will influence America’s vote include foreign policy, social issues, climate change, and the current COVID-19 pandemic. Starting off with immigration, President Trump holds an aggressive stance against illegal migration across the southern border, making it a point in his 2016 election to “build a wall”. He continues to support the crackdown on the southern border, asserting that illegal immigrants are taking American citizens’ jobs.

Then there is the economy. During his presidency, the unemployment rate wast at a historic low and the stock market continued to grow. However with the outbreak of COVID-19, the number of unemployment claims has skyrocketed as the economy has stalled. On healthcare, Trump made a big point to say in his campaign the he wanted to undo The Affordable Care Act and cut prices of drugs, but the former was not approved by Congress. His “America First” stance on foreign policy, his strong support of the second amendment and his pro-life position will all contribute to the votes cast in November ballots.

Though one of the crucial points pertaining to our current situation is how he chooses to handle the Coronavirus pandemic. He closed the U.S. border to Chinese Nationals early in the outbreak; however, some say that his early statements underplayed the risk of the virus.  And due to not enough early political and medical action, the number of cases and deaths in America dramatically increased, especially in cities like Detroit and New York, making America the leader in COVID-19 cases around the world.  Currently, Trump is looking to re-open the country, despite the lack of widespread testing, in order to revive the economy.

Trump’s challenger, Former Vice President Joe Biden, has markedly different opinions on many hot political topics in America. Contrary to Trump’s aggressive view on illegal immigration, Biden supports an increase of refugee intake and for those illegal immigrants who pass background checks and are up-to-date with their taxes, he advocates fast-track citizenship. On economic matters, Biden endorses an increased minimum wage, higher taxes on the rich, and a revitalization of the middle class.

Again unlike Trump, Biden wants to strengthen Obamacare, aiming to insure 97% of Americans. In foreign policy, Biden is looking to restore respected leadership on the world stage, as well as partnering with allies to address global challenges. In domestic matters, he is pro-choice, supporting Roe v. Wade, along with supporting gun control measures such as a universal background check on each gun sale and a ban on assault weapons and high-capacity magazines. He also supports the idea of a Green New Deal, rejoining the Paris agreement, and targeting net-zero emissions by 2050. Finally, on the COVID-19 pandemic, Biden calls for easily accessible and prompt testing before America can reopen.